Alrighty then – it’s time!!! With great pleasure I announce to you the debut of All Around Us ~ Singing Science!! Have you always had trouble learning the Classification System? Do you know the requirements for life? Do you know the correct order of the Colors of the Rainbow?   Can you name the three kinds of rock? Have you been in the market for a new Planet Song ever since Pluto got demoted? Have we got a deal for you! You and those you love will learn all these effortlessly and more!

www.allaroundusmusic.com is the place to visit to check it out and place your order! And here to do a little marketing for us is 4 year old Hermes who among all the other things he has learned, really relishes the Continents and Oceans Song: 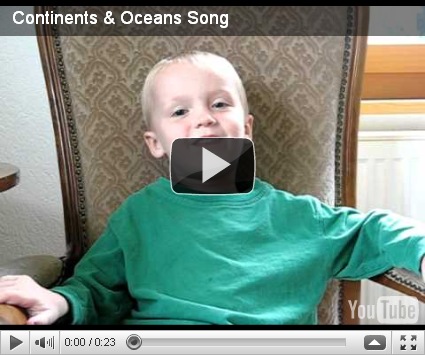 Please note that silly bouncing is not required to learn the facts! Please leave me a comment here if you are interested in purchasing Your Very Own Copy, or you can also order directly from www.allaroundusmusic.com.  I look forward to hearing what you think ~ and to you spreading the word!

If that sounds like an offer you can’t refuse — it is! But first a story. ***** Along with all the difficult moments of starting school in another language and culture there are some bright spots and some surprises. In Artemis’ science class the teacher has been reviewing some basic biology facts, but it turns out they are not so basic. In one instance she asked the class which were the Five Kingdoms of Living Things. Plants and Animals everybody knew. With some prodding she got someone to come up with bacteria – the Monera Kingdom. But no one knew the other two – except, you guessed it: Artemis!  The Kingdoms Protista and Fungi, of course! Then, next class while discussing Fungi, who alone knew that besides mushrooms and toadstools, yeast is another very important kind of fungi?  Yes! You are right again: Artemis! 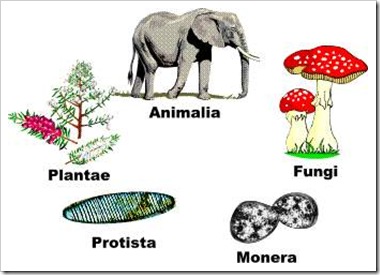 After class her teacher stopped her to ask if she had taken a lot of biology last year. “Well…” says Artemis slowly, “we did have a science coop with some friends last year, and we went over a lot of this stuff.” “Ah, yes, because you did school at home?” The teacher has heard about our homeschooling ahead of time, apparently. “Yes, and well… My mom and another friend made up a bunch of songs to help us remember science facts. That’s why I know them.” “Really!” exclaims the interested teacher. “Just for you and your friends?” “Well, actually they made a CD that should be coming out sometime very soon.” The teacher exclaims some more and professes interest in having a copy of the CD when it is ready. WELL, PEOPLE, IT’S ALMOST READY!!! ***** It’s true! And here you thought I was just sitting around communing with the cows and making hot meals for everybody. No way! I, and my scientifically musical partner Julie, are scientifically musical recording artists! This was actually a project that came together just before we left the States. It’s been in production since, and while I always meant to tell you about it, now I think it’s better this way, anyway, because now it’s almost ready! I can create excitement in the market! So if you would like you and your kids, homeschooled or no, to effortlessly learn the names of the planets, the five requirements for life, the continents and oceans, the five kingdoms of living things, kinds of rocks, the classification system, the families of vertebrates and Much Much More, you need to get our CD! It is called All Around Us – Singing Science, and when the moment has definitely arrived when they are available for purchase, I will tell you here how to get your copy. I could continue, and tell you how when we went to see nearby dinosaur prints last weekend, all of my kids knew without a doubt that those prints were embedded in SEDIMENTARY ROCK! but that is another post. Until then, watch this space and get ready to sing!