A couple days ago I went for a walk around one of our little urban lakes. I am trying to walk more as after six months of either overuse injury or hard impact injury, walking seems the only reasonable exercise for the moment. And this locale was a nice change from the trail on which I have walked a lot these past weeks.

As it’s been raining a lot, in the blueberry fields across from the lake there were little puddles everywhere and pairs of ducks were investigating each one. Some of the puddles were in the middle of the path and required a bit of navigation in order to keep dry feet.  Along the path, headed in the direction opposite from me was an older gentleman with a pair of binoculars hanging around his neck—clearly a birdwatcher. As we passed each other I asked, “Seen anything interesting?”

His response, “I’ve seen lots that’s interesting, but nothing out of the ordinary.”

Then, as if to appease me, he informed me of about thirty wigeons snacking in the flooded blueberry patch further on.

But I loved his first response, because it made me think. Too often I think that only something out of the ordinary can be something interesting, and I go off seeking it hither and thither. If there’s anything I’ve started to learn from my regular walks on my neighborhood trail (the one I didn’t have to drive to before I could drive again), it’s that the ordinary can be interesting if I only pay attention to it. One week the willow branches are bare. A few days later the fuzzy pussy willow pods poke their heads out. A few more days after that and the pods have expanded and put out their yellow pollen fluffs.

One day there’s only one cherry tree thinking about blooming and a couple days later she’s convinced a couple more. Nothing earth shattering. Nature does this every year, but so often I’m too busy and not paying attention.

About the time we left Switzerland to move back here, I felt like I was finally slowing down enough to enjoy Nature as an ongoing show. The hawk soaring to look for a mouse. The wheat that was green yesterday turning golden today. I forget so quickly. The bird watching man reminded me.

a seat to watch the show

this is a wigeon feather

Though still in convalescence with my broken shoulder, last weekend I was able to go away for a couple days on a retreat with some other women. Okay, I only made it to half the sessions and slept through one of the meals, but it still did me a lot of good to get away. The setting was beautiful and peaceful, and Saturday morning I felt well enough to go out on a little walk all by myself. And while taking deep breaths of fresh oxygen I thought about how I’ve missed nature this past month, and about how I’m always trying to make it more complicated than it has to be. Nature, even in just small bits, brings an awareness of the moment that nothing else can. And I’ve always felt that if I can’t find beauty in my own backyard, then I won’t find it anywhere. 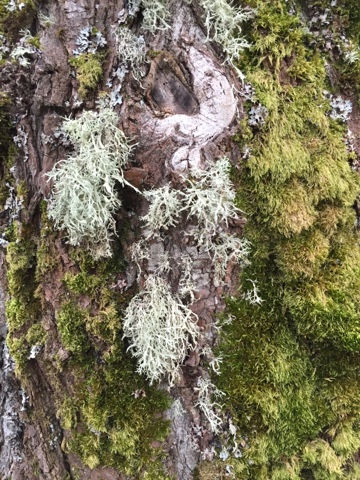 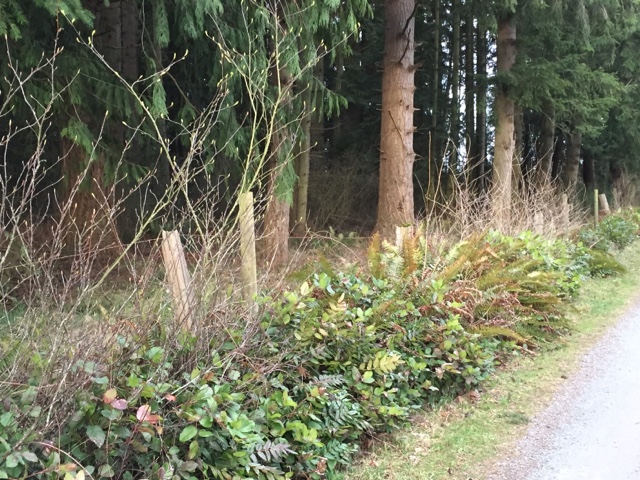 This weekend I got to attend WOTS the Write on the Sound writers’ conference in Edmonds. Something I love about conferences is the hashing apart and analysis of plot, structure and character. What is the conflict in the story you are writing?

At one workshop I attended the presenter listed five basic possible conflicts found in literature — man versus man, man versus society, man versus himself, man versus nature and man versus technology.

At another workshop I attended a few years ago, these same conflicts showed up but that presenter also listed man versus God. But my favorite summary remains one I heard at that same conference: that all plots boil down to some variation of Girl Grows Up or Stranger Comes to Town. And when I stopped and analyzed my favorite books, I realized how true this was — even if simplified. Scarlett O’Hara, Dorothy, Jane Eyre, Lucy Pevensie, Anne of Green Gables? Girl Grows Up. The Hobbit, Treasure Island, Pride and Prejudice? Stranger Comes to Town.

For years I’ve said that all stories are telling part of the One Story. So this weekend when I was thinking again about stories and the Girl Grows Up or Stranger Comes to Town model, I realized something. The history of the world – from creation to the fall and its aftermath – is the story of Girl Grows Up. Girl – creation – lost her innocence, became aware, got into a predicament. And the story from the coming of Jesus until now is Stranger Comes to Town. Jesus shows up on stage, completely unlike anyone we’ve ever met before and now all the rules are about to change…

In essence, Stranger Came to Town because Girl Grew Up. It is all One Story.

Yesterday in front of the library, I slowed down for a young family crossing the street. A dad, a small child and a mama. The toddler boy was up on his father’s shoulders and as they crossed the roadway, his daddy held onto the boys’ legs and bounced him wildly. The little boy was squealing with delight even while holding onto his daddy’s head for dear life, up and down, up and down — his face displaying simultaneous joy and terror as they covered territory.

It occurred to me to wonder in how many of life circumstances do I look like that little boy. God has got a secure grip on me, and I know it. Sort of. I think. Up and down I go on the voyage of life; I’m terrified, I’m delighted. Do I look to God like that little boy looked to me? Don’t I realize just how firmly He’s holding us?

Most of all, that little boy looked very alive and very in the moment. I hope I look that alive, squealing with delight about what My Father has done. I suppose I need to cling to Him all the more, and enjoy the ride.

In my second to last post, from only…say…six months ago. I wrote about stuff and the need to keep it light enough to travel. My mantra today is: Stay Light Enough to Travel and to Be a Blessing to Others. This is not as easy as it sounds.

Since that post a number of significant things have happened. My mama did die, just a few weeks after the last blog post. That merits a series of blog posts in itself, and I kept writing them in my head, but time to sit and write was fleeting. Maybe they will stay there and ferment for awhile and then appear.  My husband also got a job, which is rather life changing in a good kind of way — Hooray income! And we also bought a new house and moved into it. With our stuff. And the stuff we shipped from Switzerland. And the stuff that waited patiently in our storage unit for three and a half years.  It was fun to open boxes not sure which group this stuff would be from, find homes for things and then to see our old stuff sitting right next to our new old stuff. I was quite pleased to see how well it all blended — like maybe I have an intrinsic decorating style after all!

But still I thought often…Why did we keep all this stuff? For some things there’s a good reason. I kept the crib my babies all slept in in hopes that one day I’ll have a grandchild who can sleep in it and I can tell them stories of their mother or father. Other things I kept but in three years kids grow up. The toys that you play with when you are four aren’t the same ones you play with when you are eight. Except for Duplos of course. We have a huuuuuge box full, and nothing one might say can convince the Papa that we shouldn’t keep those for the grandchildren, too.  So I kept thinking, well, in this large house that God has given us for now, there’s room enough to get it all out and see what we’re dealing with and then we can sort and move along.

And then we added Grandma’s stuff. Brother and his wife had been keeping it for the time being, but now they are preparing for a remodel. And we have the space. Woe betide those who have the space! So we have lots of boxes of rather vague contents. Lots of old family photographs and yearbooks. Some lovely old books. Lots of not lovely books. Family heirlooms and knick-knacks. Business correspondence from my great grandfather, the patriarch who got his entire family to move out from Vermont and set them up homesteading out in the San Juan Islands.

Some of it is quite interesting, and I keep wondering if the germs for another novel are hidden there somewhere. I’m sure they are, but I also wonder, is that the novel I want to write? I’m not sure. Maybe I want to clear out this space in my storage room and in my head so I can finish and sell the novel I have written. Again, it’s that feeling of gratitude just riding the edge of feeling bogged down by all the family history.

In one box, there were some letters and papers all neatly tied together with string and with a label in my Grandma Leda’s handwriting:  “little red table.” As they were letters addressed to her mother and given the date, I deduce that when her mother passed away, she tidied up and put those letters, neatly labeled into a box to sort later. Hmmm. As my husband said, “Well, now it’s later.” I can’t help being a little miffed at the two generations before me who could have dealt with this sooner. It’s not like I don’t have more children than either of them did. What shall I do? I could just rewrap them up with another neatly written label, “From Grandma’s Stuff — to sort later — like in 2050.” But that just doesn’t seem like the kindest thing to do if I love my children. And I do.

So slowly and surely I will try to work my way through. It’s hard though. Some things are museum worthy. Many are not. How to tell the difference and how much time to spend on it.

But this afternoon I did manage to take four boxes to donation. Unless I’m mistaken, nothing museum-worthy there, but possibly real -ife-worthy to an intrepid thrift shopper. And that little accomplishment feels wonderful and makes me ready to sort some more.